Twitter is one of the fastest growing social media platforms. It allows interaction between people around the world thereby; You can post a topic and people will reply or retweet that topic to provide their opinions and responses.

What if one of your tweets goes viral and you want to show it to everyone on your profile? All you have to do is pin the tweet to your profile.

By pinning a tweet, you can display your most important tweet at the top of your Twitter profile. No matter how many tweets you send after that, the pinned tweet will appear at the top of the page. If you’re looking for a way to pin your tweets on Twitter, we’ll show you how.

Activating and deactivating tweet pins on Twitter can be done in different ways. This can include the following:

2-After logging in, go to your profile page by clicking on your profile picture at the bottom of the buttons on the left side of your screen.

3-Scroll down to find the tweet you want to pin, then click the down arrow to the right of it. Click on “Pin to your profile” 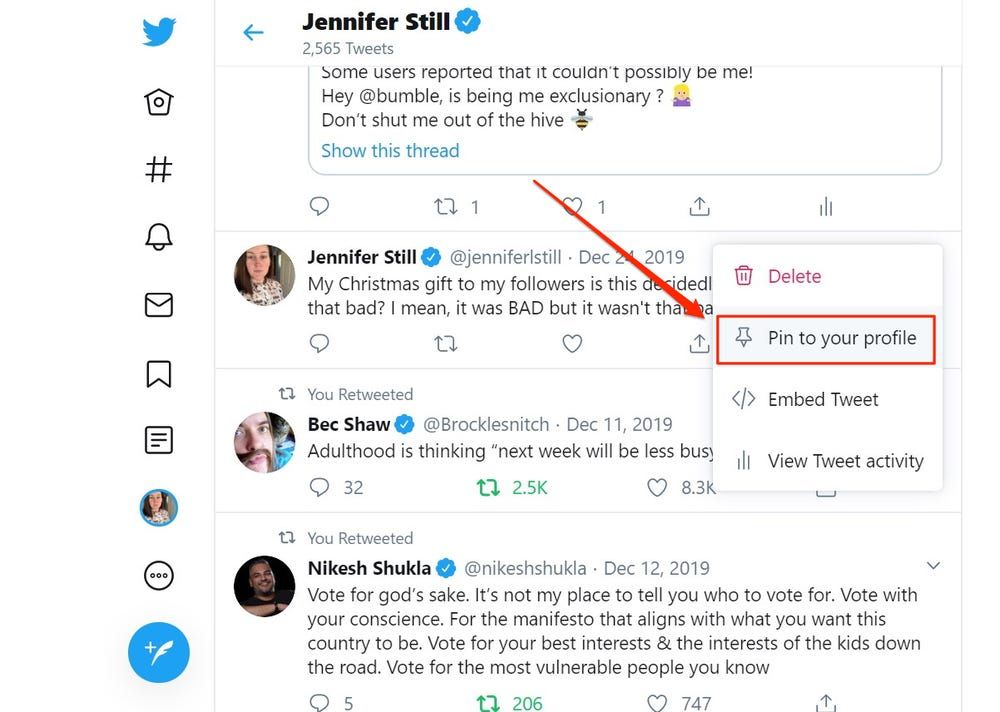 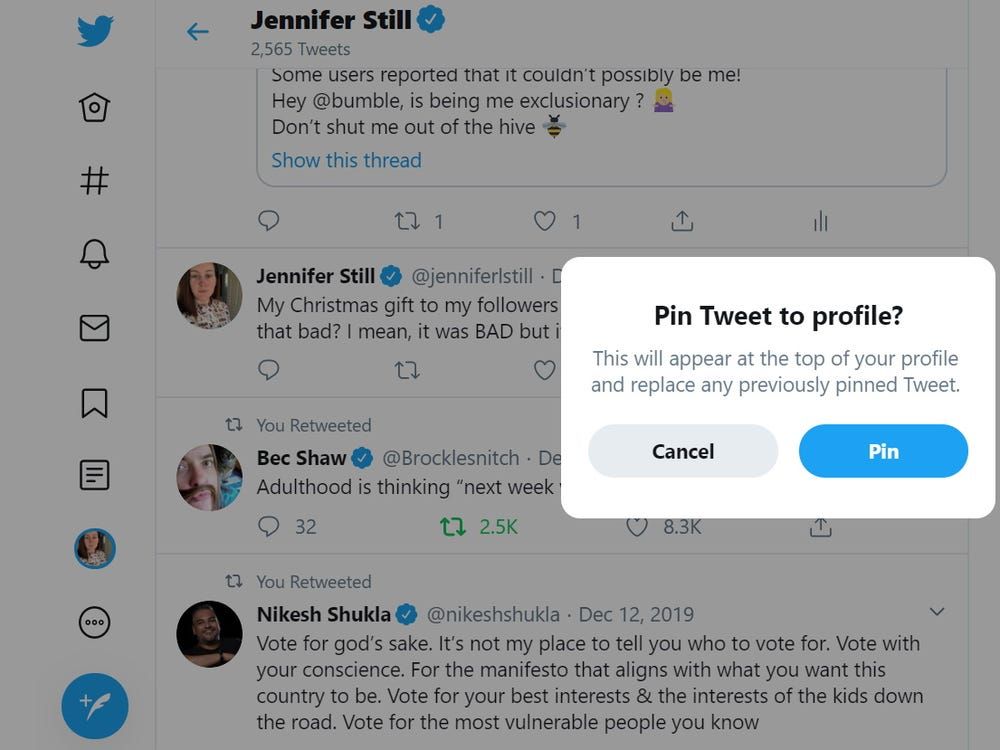 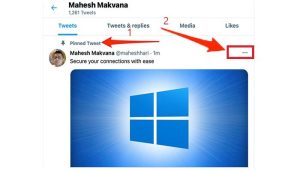 3-At this stage, click on “Unpin from profile” option. 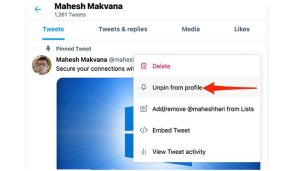 4-Then, in the notification that appears, select the “Unpin” option. 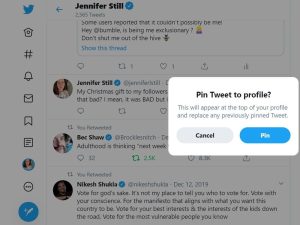 5-Your selected tweet will now be unpinned from your profile.

1-Open the Twitter app on your iPhone or Android device by tapping the icon on your phone’s home screen.

2-In the top left corner of the screen, tap your profile picture to display a list of options, then tap “Profile.”

3-Scroll through your tweets to find the tweet you want to pin to the top.

4-Tap the down arrow, then tap Pin to your profile. 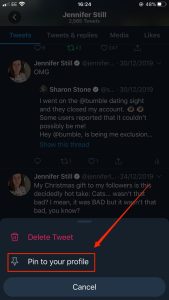 5-From the pop-up confirmation that appears, tap “Pin” and the tweet will be transferred and pinned to the top of your Twitter profile page.

3-Then, in the upper right corner of the pinned tweet, tap on the “three-dot menu”. 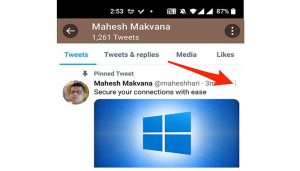 4-Next, in the menu that appears from the bottom of the phone screen, tap on the “Unpin from profile” option. 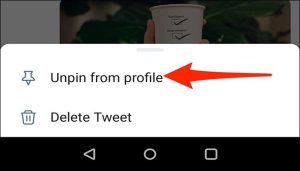 5-Then, in the window that appears, select the “unpin” option. 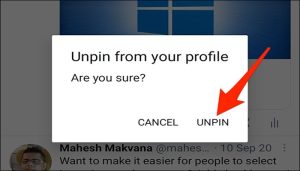 When you send new tweets, your old tweets will be listed and less visible. So, to prevent your important tweet from getting less views, you can pin that tweet to the top of your profile.

This way, your selected tweet will be placed at the top of your profile page and any tweet you send after that will not change your pinned tweet status and your important tweet will be viewed.

Note that you can only have one pinned tweet. Pinning a new tweet will unpin any tweets you’ve already pinned.

View all posts by James Anderson

No comments to show.